“You always get a special kick on Opening Day, no matter how many you go through. You look forward to it like a birthday party when you’re a kid. You think something wonderful is going to happen.”  – Joe DiMaggio

“A home opener is always exciting, no matter if it’s home or on the road.”  – Yogi Berra

As evident in the 2005 comedy Fever Pitch, Major League Baseball’s Opening Day is a big deal, and that is not only reserved to Red Sox fans. Nothing is more exciting than Opening Day as the start to the MLB season since it typically coincides with beautiful Spring weather, incorporates future Summer vacation plans, and ushers in discussion of the Fall Classic with endless possibilities for fans and their respective ballclub’s pursuit of a World Series Championship. With recent developments for this year’s Opening Day in the midst of COVID-19, let’s take a walk down memory lane to look at its history to see how important the day is to baseball and the United States.

Major League Baseball’s Opening Day got its start in 1876 with the Boston Red Stockings versus Philadelphia Athletics. Breaking the tie during the 9th inning, the game ended in a 6-5 tally in favor of Boston. Since the first Opening Day, the Cincinnati Reds, also formerly the Red Stockings, took the mantle of hosting Opening Day. Many people theorize why Cincinnati was the location to start the year but unfortunately the reason is lost to history. Of the theories, the most likely reason is that Cincinnati was the southernmost city of the first MLB franchises and a warmer climate to host the start of the year outdoors in April. The Cincinnati Reds continued to be allowed to schedule a home game to play host to Major League Baseball’s Opening Day until the streak was broken in 1990 when the Reds were scheduled to play at the Houston Astros ballpark.

Baseball is full of unwritten codes and traditions. Players can’t argue balls and strikes, a ballplayer who hits a homerun should not show up the pitcher, and as a fan or ballplayer you should never count outs in the later innings of a ballgame.  Opening Day is no different in that it includes its own set of traditions.  Throughout the years, Cincinnati was known for spectacles alongside Opening Day but none is bigger than the Findlay Market Parade, an organic city parade composed of fans in Cincinnati that has continued into today. After Cincinnati discontinued the parade in 1902, fans would assemble at the intersection of Findlay and Western Avenue. Known then as “Rooter’s Groups,” these groups of fans would lead small parades generating excitement and promotion of the start of the MLB season and Opening Day. After making several laps around the ballpark, fans would take their seats with song and cheers for the local ballclub. By 1920, the Findlay Market Rooter’s Group joined the festivities and quickly became the leading organization stirring up publicity and fanfare. Until 1970, the Findlay Market Parade was small and made up of local businesses and their families. Once the Reds moved their stadium downtown, the parade organizers opened the parade to outside involvement, which greatly expanded the parade with more participants that included the well known local zoo elephants. While the Findlay Market Parade is no Macy’s Day or Rose Bowl Parade, the local televised event of the Findlay Market Parade certainly took on a tradition that ushers in America’s Pastime through Opening Day at what is now, the Great American Ballpark. 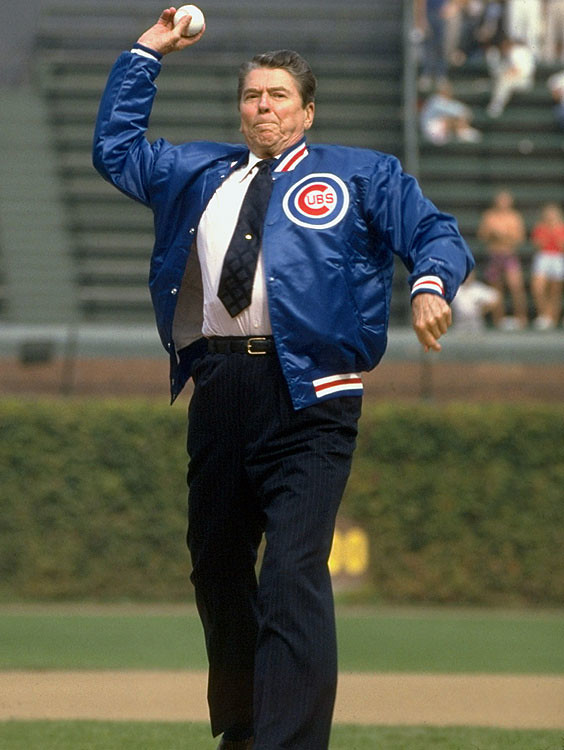 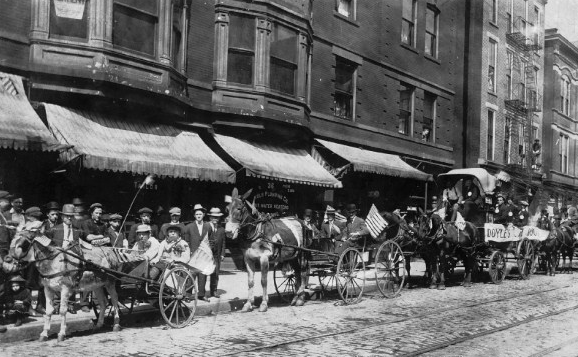 Other important Opening Day Traditions include the St. Louis Cardinal’s Clydesdales of Anheuser-Busch and their Opening Day trot inside and around the field; raising the previous World Series Championship Banner at the respective ballclub’s stadium; Presidents of The United States of America throwing out the ceremonial first pitch; and the unraveling of the American Flag to honor all of those who have served and the freedom to play the National Pastime. Of all of the Presidents, only Jimmy Carter and Donald Trump (so far)have not thrown the ceremonial first pitch on Opening Day to start the MLB season. Another interesting fact is President Harry Truman is the only President to throw the Opening Day first pitch both right and left-handed.

Since everyone digs the longball, Ken Griffey Jr. and Frank Robinson share the record for most Opening Day homers for a career with 8, and for the single game, three ballplayers, George Bell, Karl Rhodes, and Dmitri Young are tied with 3 homers. In 1974 Hank Aaron tied Babe Ruth’s career home run record of 714 on Opening Day, ironically at Cincinnati, and set the stage to set the then-record of 755 career homers later that year. 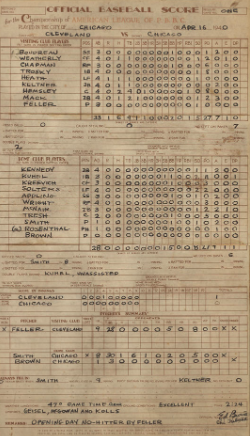 From a pitcher’s perspective, the tradition of being tabbed the starting pitcher for Opening Day is a point of pride as it is an honor given to typically the best starting pitcher of the rotation for each ballclub. The most Opening Day starts for a pitcher is Tom Seaver with 16 and the most strikeouts recorded is Camilo Pascual with 15 in 1960. Since 1876, only one pitcher has thrown a no-hitter on Opening Day and that was Bob Feller against the White Sox in 1940.

Every team starts the year 0-0 with endless possibilities. In this sense, this year is no different, but obviously because of the delayed start due to COVID-19, this year’s season will look more like a sprint rather than a grueling marathon that baseball aficionados have become accustomed to in a 162-game season. After the negotiations between the MLB and MLBPA failed to reach an agreement, the owners voted unanimously to grant Commissioner Rob Manfred the ability to impose a 60-game season that the MLBPA had previously voted against. For more information on what each side received in this deal, please reference CBS’ article. As far as Opening Day and the MLB season, ballplayers will report to their second spring training on July 1st with Opening Day scheduled for July 23 or 24. So what do we know? We know there will be baseball, both the National League and American League will be granted a designated hitter, teams have been given expanded rosters, and the game has added a runner to second base to start extra innings of tied baseball. What is still up in the air is whether there will be expanded playoffs.

In the whole scheme of making a World Series push, Opening Day as a single game may not mean that much, but for this season, in a time of so much uncertainty, Opening Day has taken on a whole different meaning of importance. To get back to any sense of normalcy, the thought that baseball will return, at a time when our Nation clearly needs it, is a welcomed sense of optimism.